Dr. Cornel West is the Dietrich Bonhoeffer Chair at Union Theological Seminary. Dr. West teaches on the works of Dietrich Bonhoeffer, as well as courses in Philosophy of Religion, African American Critical Thought, and a wide range of subjects — including but by no means limited to, the classics, philosophy, politics, cultural theory, literature, and music.

He has written 20 books and has edited 13.  He is best known for his classics, Race Matters and Democracy Matters, and for his memoir, Brother West: Living and Loving Out Loud. His most recent book, Black Prophetic Fire, offers an unflinching look at nineteenth and twentieth-century African American leaders and their visionary legacies.

Dr. West is a frequent guest on the Bill Maher Show, CNN, C-Span and Democracy Now. He has a passion to communicate to a vast variety of publics in order to keep alive the legacy of Martin Luther King, Jr. – a legacy of telling the truth and bearing witness to love and justice. Beverly Lanzetta, Ph.D. is a theologian, contemplative scholar and teacher, and the author of many groundbreaking books on emerging global spirituality and new monasticism, including A New Silence: Spiritual Practices and Formation for the Monk Within, The Monk Within: Embracing a Sacred Way of Life, Radical Wisdom: A Feminist Mystical Theology, and Foundations in Spiritual Direction. A monk of peace, she is dedicated to a vision of theological openness and spiritual nonviolence; her work has won praise for its wisdom, eloquence, and mystical insight and is considered to be a major contribution to what theologian Ursula King called “a feminine mystical way for the 21st century.” Dr. Lanzetta has taught theology at Villanova University, Prescott College, and Grinnell College and has started a number of religious and monastic initiatives including the Desert Interfaith Church, Interfaith Theological Seminary, Hesychia School of Spiritual Direction, and the Community of a New Monastic Way. She is a much-sought-after mentor for the new generation, including the “spiritual but not religious” and new monastics alike, as she brings with her forty years of experience as a guide to answering the universal call to contemplation. A native Angeleno and Jesuit priest, from 1986 to 1992 Father Boyle served as pastor of Dolores Mission Church in Boyle Heights, then the poorest Catholic parish in Los Angeles that also had the highest concentration of gang activity in the city.

Father Boyle witnessed the devastating impact of gang violence on his community during the so-called “decade of death” that began in the late 1980s and peaked at 1,000 gang-related killings in 1992.  In the face of law enforcement tactics and criminal justice policies of suppression and mass incarceration as the means to end gang violence, he and parish and community members adopted what was a radical approach at the time: treat gang members as human beings.

In 1988 they started what would eventually become Homeboy Industries, which employs and trains former gang members in a range of social enterprises, as well as provides critical services to thousands of men and women who walk through its doors every year seeking a better life.

Father Boyle is the author of the 2010 New York Times-bestseller Tattoos on the Heart: The Power of Boundless Compassion. His new book, Barking to the Choir: The Power of Radical Kinship, was published in 2017. 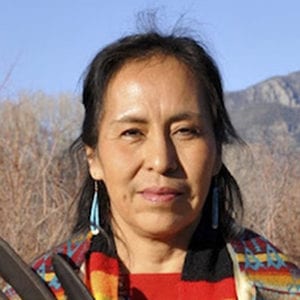 Pat McCabe (Weyakpa Najin Win, Woman Stands Shining) is a Diné (Navajo) mother, grandmother, spiritual companion, activist, artist, writer, ceremonial leader, and international speaker. She is a voice for global peace, and her paintings are created as tools for individual, earth and global healing. She draws upon the Indigenous sciences of Thriving Life to reframe questions about spirit, sustainability and balance, and she is devoted to supporting the next generations, Women’s Nation and Men’s Nation, in being functional members of the “Hoop of Life” and upholding the honor of being human.

​Her primary work at the moment is: Pamela Ayo Yetunde, J.D., Th.D. is a spiritual director and pastoral counselor.  She is co-founder of Center of the Heart (www.centeroftheheart.org) and founded Buddhist Justice Reporter: The George Floyd Trials (www.buddhistjustice.com).  Ayo is the author of Buddhist-Christian Dialogue, U.S. Law, and Womanist Theology for Transgender Spiritual Care (2020) and co-editor of Black and Buddhist: What Buddhism Can Teach Us About Race, Resilience, Transformation and Freedom (2020).